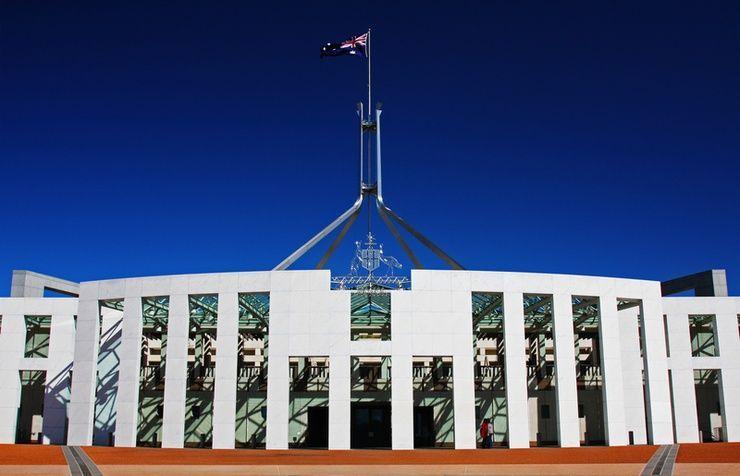 Further to our article on 24 September 2020, from 1 January 2021, the way in which small businesses are able to restructure will substantially change. Here you can find what you need to know, before it all starts.

The changes are as a result of new legislation being introduced by the Federal Government in response to the COVID-19 economic down turn. The following pieces of legislations have now been passed by the Parliament:

How the changes will affect you will depend on how you engage with the restructuring and insolvency space. If you are:

The most significant change for insolvency practitioners in respect of the Bill and the Regulations is the creation of the concept of small business restructuring practitioner (SBRP). The main issues with the SBRP concern:

To be an SBRP, an individual must satisfy all of the following criteria:

The SBRP is empowered through the Regulations to investigate the company’s business, property, affairs, and financial circumstances for the purposes of:

Further, SBRPs will be provided with a statutory defense if qualified privilege. This will assist SBRPs to be open and frank when speaking or writing in relation to the company. This protection is only afforded however to the extent the publications are made in respect of carrying out their duties as an SBRP.

SBRPs are under no obligation to investigate the company’s affairs. However, it will be an offence for an SBRP to prepare a certificate if they do not make reasonable inquiries into, or take reasonable steps to verify, the company’s business, property affairs and financial circumstances.

It is also proposed that, any time prior to issuing the certificate, the SBRP will commit an offence if they:

The above offences are strict liability offences, with a maximum penalty of 50 penalty units.

The key issues to be considered by secured creditors of a company that may undergo restructuring include:

In order to meet the necessary criteria, the total liabilities of a company must not exceed $1 million on the day the restructuring proceeds. It is proposed that related-party debt and secured debt will contribute to the $1 million threshold. However, contingent liabilities are not admissible for the purposes of a restructuring plan.

Disputes about the value of admissible debts or claims

Extent to which secured creditors are bound by the restructuring plan.

A secured creditor will only be bound by the restructuring plan to the extent:

The following sets out the small business restructuring process: 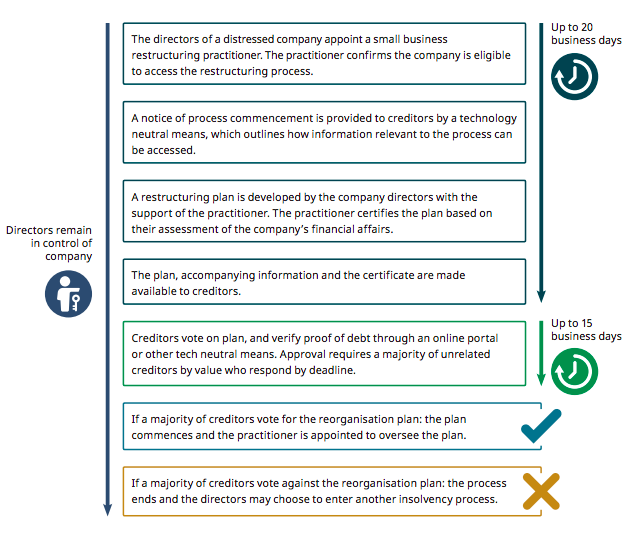 Creditor’s Approval and Voting on the Restructuring Plan

Upon the proposal of the restructuring plan, the SBRP will ask the creditors to:

As set out in the above diagram, the acceptance period is 15 business days beginning on the day the SBRP provides the creditors with the restructuring plan and accompanying documents. As previously mentioned, a creditor only has 5 business days to dispute the amount of the admissible debt or claim, commencing at the same time.

The restructuring plan will be accepted if it receives majority in value of the company’s affected creditors who respond during the acceptance period. The value is determined by the creditor’s admissible debt or claim at the date of restructuring.

The restructuring plan will terminate on the day that all obligations under the plan have been fulfilled, and all admissible debts and claims have been dealt with in accordance with the plan.

However, the restructuring plan may terminate upon the following occurring:

Should you have any queries, please contact Nick Malone at nick@pragma.law or Aaron McDonald at aaron@pragma.law. 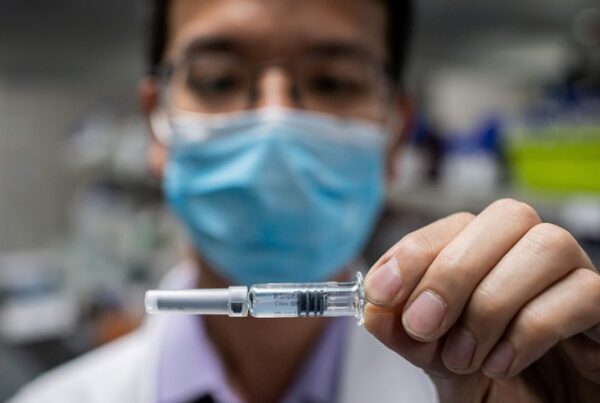 Can Employers Implement Mandatory COVID-19 Vaccines in the Workplace? 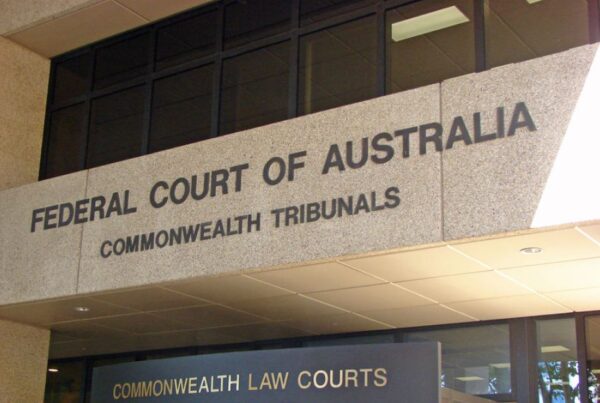